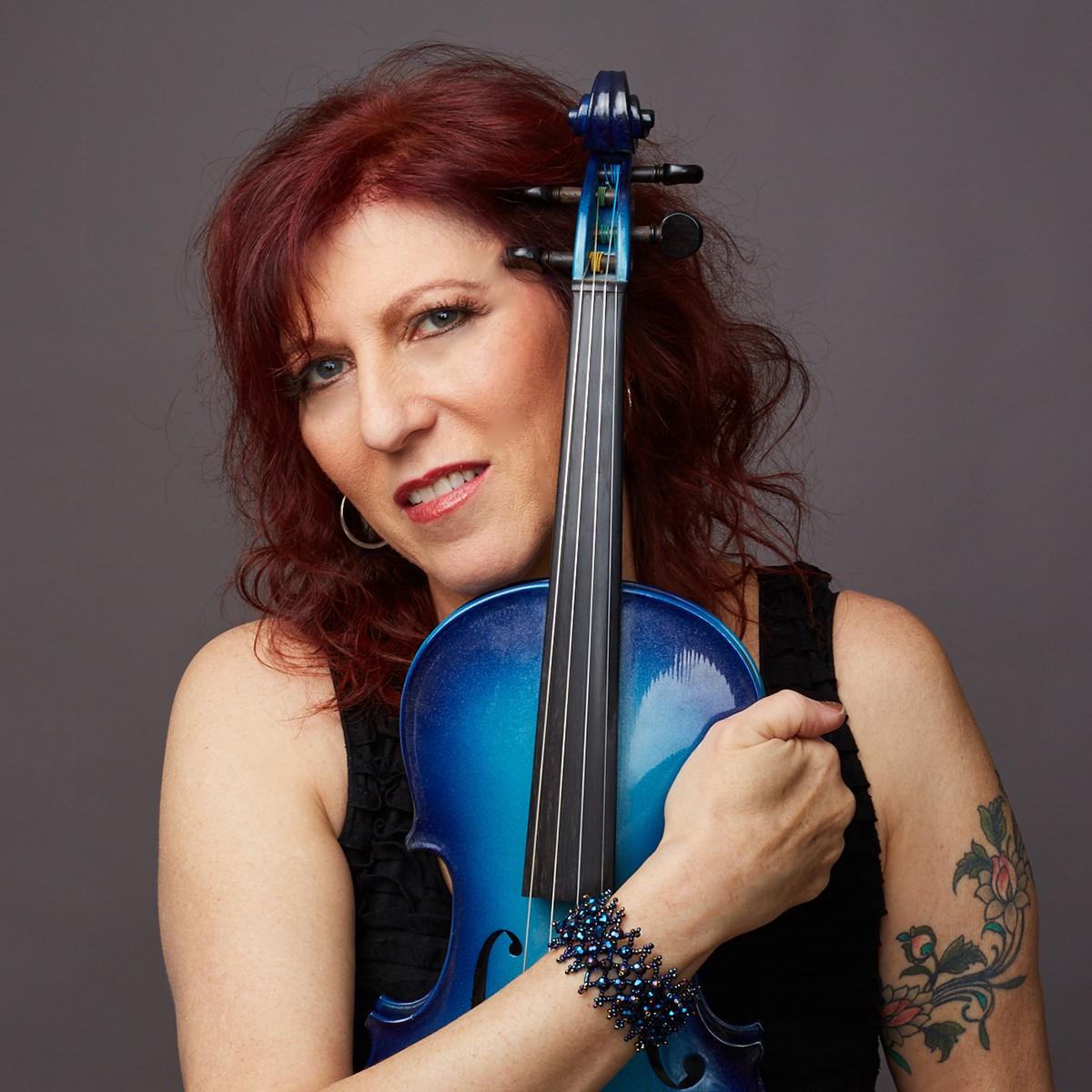 Join us for an electrifying performance!

It's no secret that Deni Bonet can play a violin like nobody's business. Or that she writes memorable songs that make you want to listen again and again. For years, Deni has been honing her craft as a violinist, singer, songwriter and performer. Her style ranges from pop to roots-rock to new folk. Although classically trained, Deni quit the classical world because she hated having to wear black and sit still! She has a stellar resume, having performed and recorded with Cyndi Lauper, R.E.M., Sarah McLachlan and many others. Her previous appearances include four sold-out concerts at Carnegie Hall, NPR’s Mountain Stage, The Great Wall of China, the United Nations, and the White House for President Obama. For the past several years, Deni has been touring in the US and Europe headlining festivals, performing arts centers, clubs, colleges, and concert halls soloing with symphonies. Her music has been featured on HBO, NBC, American Airlines, and several films. She was recently honored to be awarded a grant through the Arts Envoy Program of the US Government to spend a month on a residency in Africa teaching violin, songwriting, and rock ’n roll at a music college in Zanzibar. Deni Bonet has released several CDs of her own original music, including last year’s critically-acclaimed "Bright Shiny Objects” on Zip Records/Sony-RED. She is currently putting the finishing touches on a new new album that will be released in early 2022.

Westfield resident Chris Flynn is a guitarist and singer who has accompanied Rock and Roll Hall of Famers Ronnie Spector and Dennis Dunaway (Alice Cooper) along with Simon Kirke (Free, Bad Company), Chris Collingwood (Fountains of Wayne),  Garland Jeffreys, Willie Nile, and many others. He has performed at Carnegie Hall and Lincoln Center and served for many years as the musical director of the All Star Irish Rock Revue in New York City featuring Irish luminaries such as Cait O’Riordan (The Pogues), Joanie Madden (Cherish The Ladies), and raconteurs Alphie and Malachy McCourt. He has been performing and touring with Deni Bonet for the past four years