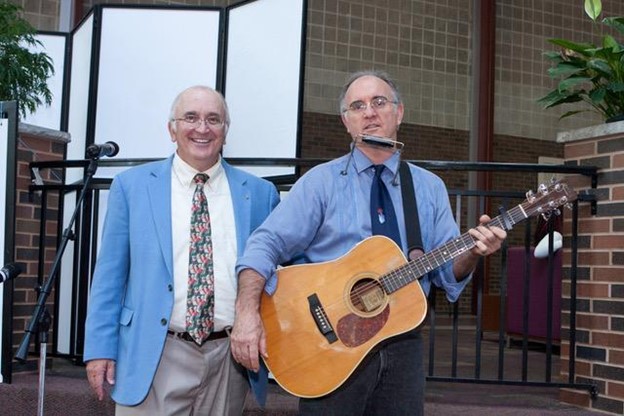 Before you can say Jackie Robinson: Black baseball in America in the era of the color line. In-Person

Black professional baseball originates in the decade of the 1880's, and comes down to the advent of Jackie Robinson's entry into the Major Leagues. This program tells the story of great Black players and great Black teams who played their games behind a color line built by American racism. It locates this story into the larger Black and white world of which Black baseball was a part. Selections from a documentary on this baseball era have players speaking to audiences about their playing days, and are accompanied by music that speaks to what Black baseball was about. A special feature of this program has poet, playwright and performer Kevin Kane presenting his original poem, “Breaking the Line with the Mudville Nine,” which introduces audiences to K. C. of Kansas City, and stands side by side with the iconic American baseball poem, “Casey at the Bat.”

Dr. Lawrence Hogan is Professor Emeritus of History from Union County College in New Jersey, author of The Forgotten History of African American Baseball, and principal author and editor of Shades of Glory published by National Geographic, as well as several other books on the history of Blacks in America. He is Executive Director of the documentary Before You Can Say Jackie Robinson: Black Baseball in America in the Era of the Color Line.  Dr. Hogan has presented at the Schomburg Center for the Study of African American Culture of the New York Public Library, where he displayed an exhibit on the history of Black baseball, and has spoken at the headquarters of the National Geographic Society in Washington, D,C. and the Lincoln Center for the Performing Arts.

Kevin Kane has made the better part of his living as a writer, musician and playwright. His Negro League version of “Casey at the Bat,” called “Breaking the Line with the Mudville Nine” was written for and first performed at the Cooperstown Baseball Hall of Fame, where he presented a program of readings with NPR essayist/sports writer Frank DeFord, who read the original Casey, and then introduced Kevin. Since then, Kevin has done readings of his poem at New York City’s 92nd Street Y, at the Society for American Baseball Research’s national conference and at many libraries, historical societies and colleges in New Jersey and New York.