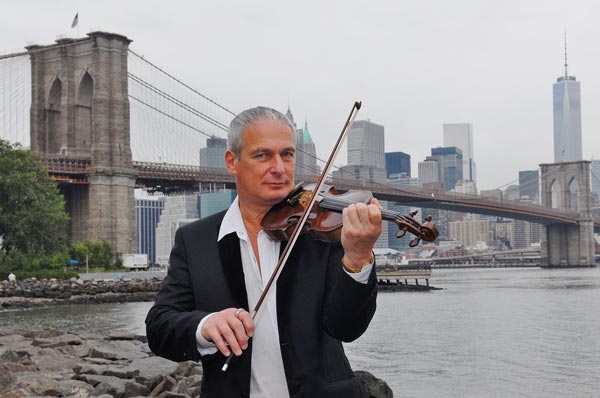 "Journey to the Slavic Countries in Music" - A Concert by Violinist David Podles of Music of Poland, Ukraine, Slovakia, Czech, Slovenia + More In-Person

Dr. David Podles will take you on a musical tour of Poland, Ukraine, Slovakia, Czech, Slovenia, from generations-old folk music to famous classical pieces.  His performance will show you how beautiful and deep the musical traditions of Slavic nations are!

Dr. Podles is a violin virtuoso originally from Riga, Latvia.  Dr. David Podles came to the U.S. in 1992 after the fall of the Soviet Union. With over a 40 year stage career in Europe, Russia, U.S. and around the world, both in orchestra and solo tours, he is a laureate of three international competitions and a Ph.D. from conservatory in Riga, Latvia, were he was born. He has performed at Lincoln Center, the Top of the Rock in Rockefeller Center, Carnegie Hall, the Bolshoi Theater, and the Kirov!